Official Website- Save 10% on checkout use Promo code “Direct”

We guarantee the best price on official hotel website

Carlow is a golfer’s paradise – regardless of your skills or ability, you will find an impressive variety of golfing facilities to suit all levels. The novice is also well catered for with driving ranges, pitch & putt and par 3’s. All of the courses listed here aim to provide the golfer – whether beginner or advanced – with an unforgettable experience and a warm, friendly welcome. For non-golfing partners and families, there is a treasure trove of places to visit and things to do, which are listed elsewhere in this guide. 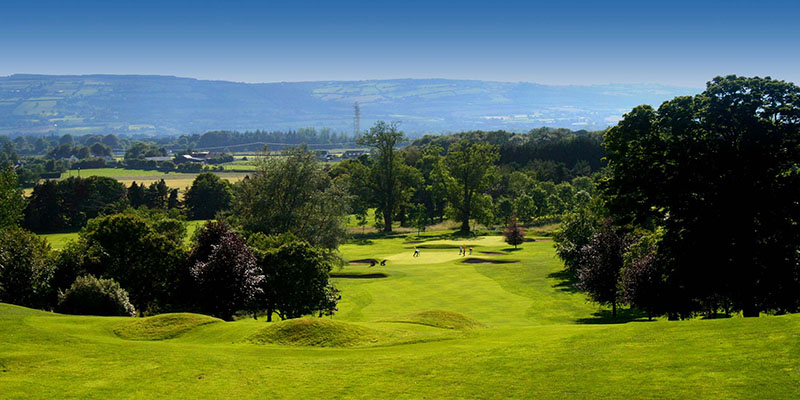 DEERPARK COURSE: Carlow Golf Club is an inland links, laid out in a former wild deer park over undulating terrain with numerous elevated tees, several excellent dog-legs and small slick putting surfaces. Extensive, mature woods are a strong feature in a pleasant countryside setting where the unusually sandy soil has the bonus of allowing year round play. The course is rated amongst the top 20 championship courses in Ireland. There are many long par 4s and the 16th, a very demanding two shotter played through a tunnel-like valley, has been chosen by Christy O’Connor Snr. as the foremost 16th hole in Ireland. The par 5, 18th offers the chance of a closing birdie and a grandstand finish as it tumbles downhill all the way back to the clubhouse. A good ending to a memorable round.

OAKPARK COURSE: The 9 hole par 35, Oakpark course, owned by Carlow Golf Club, was designed by renowned architect Jeff Howes and is a truly terrific layout. Situated on rolling terrain, it provides a superb challenge to golfers of all standards. Similar to the championship Deerpark course, the emphasis is on accurate iron play and a delicate short game!

Situated 12 km east of Carlow Town, Mount Wolseley is set in opulent surroundings and boasts an 18-hole championship golf course. According to Christy O’Connor Junior, course designer, “Rarely after a first look around a potential site for a golf course had I been so impressed as at Mount Wolseley. What we have here is a fair but testing 18 holes of championship golf, none of which will disappoint even the most discerning player”. This par 72 course provides a challenge to every ability as each hole presents demanding approach shots, with wide landing areas being the only concession. With its broad fairways, unforgiving rough and picturesque water hazards, Mount Wolseley has justifiably played host to a number of national and international golf competitions and was selected as the host venue for the prestigious European Challenge Tour for three consecutive years between 2015 and 2017. 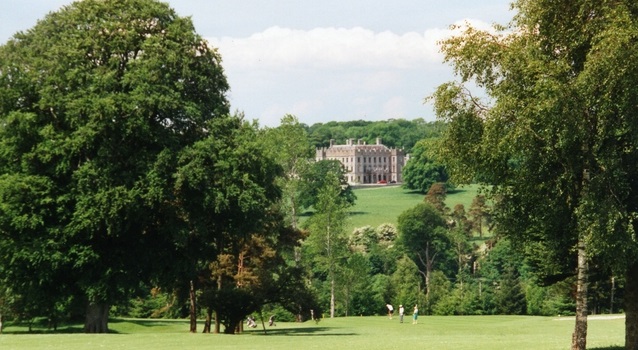 Established in 1907, Borris Golf Club is one of the oldest clubs in Ireland and this is reflected in its mature parkland course. The breathtaking scenery of the surrounding countryside combined with the strategic design of the course, ensure that all who visit, always return! Spectacular views of Borris House, Mount Leinster and the famous Borris Viaduct. 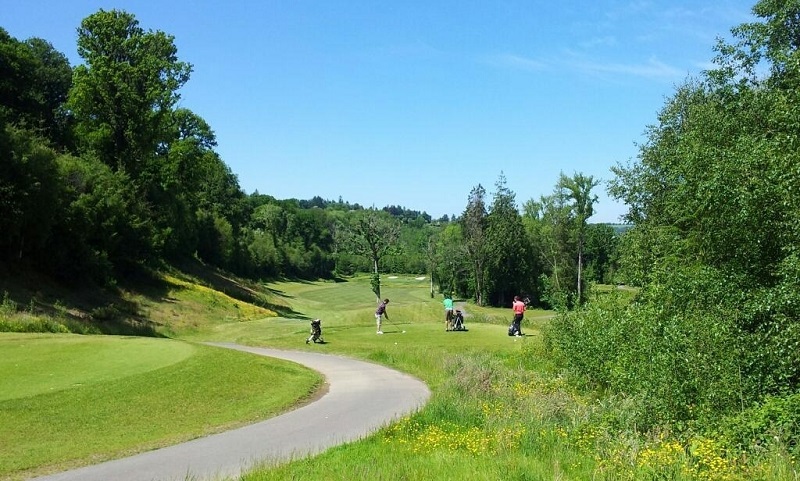 Bunclody Golf and Fishing Club is situated in 300 acres of breathtaking parklands on the Carlow Wexford border. Opened in March 2009 it is ranked in the top 30 parkland courses in Ireland. The Jeff Howes designed championship course runs over 7,000 yards on the banks of the River Slaney and has a diversity of golf holes, rarely seen on one golf course. Ranked 25th in Golf Digest’s top parkland courses. Europe’s ONLY golf course with an elevator taking you from the 17th hole up five floors to the 18th tee box giving a bird’s eye view over the River Slaney The bar and restaurant offer a warm welcome and tempting menu with panoramic views of the surrounding countryside and of Mount Leinster. The club is open to visitors and societies every day.

“Killerig is enjoyable for the Club golfer, and when required capable of challenging the best” – Des Smyth

Located just outside Carlow Town in a fabulous setting with the Wicklow Mountains to the east and the Killeshin Hills to the west. Imaginatively designed by Des Smyth and Declan Branigan, this par 72 championship course strives to create the most unique, exciting and challenging golf experience with meticulously groomed fairways and greens. The course, which is playable year round provides a challenging game of golf, with water in play on six of its 18 U.S.G.A specification greens. A range of tees ensure that everyone from the big hitter to the more conservative, casual player is well catered for. The warm welcome extended and the air of relaxation sets the tone for a most enjoyable golf experience. The clubhouse boasts a fully stocked pro shop, shower and changing facilities. Visitors can enjoy delicious food and refreshments from the extensive Branigans Bar menu while admiring the spectacular views of the course and surrounding countryside from the clubhouse and balcony.

Quinagh House Par 3 is set in 42 acres on the outskirts of Carlow Town, surrounded by mature trees with extensive views of the Killeshin Hills. A very well maintained golf course, it is a perfect place to relax or enjoy a friendly competition with 18 exceptional holes ranging from 130 – 220 yards in length. Well positioned trees throughout the course and water hazards serve as challenging obstacles, while also enhancing the quality of this spacious course. A perfect course for both beginners and experienced players. Refreshments and light snacks available in the club house.